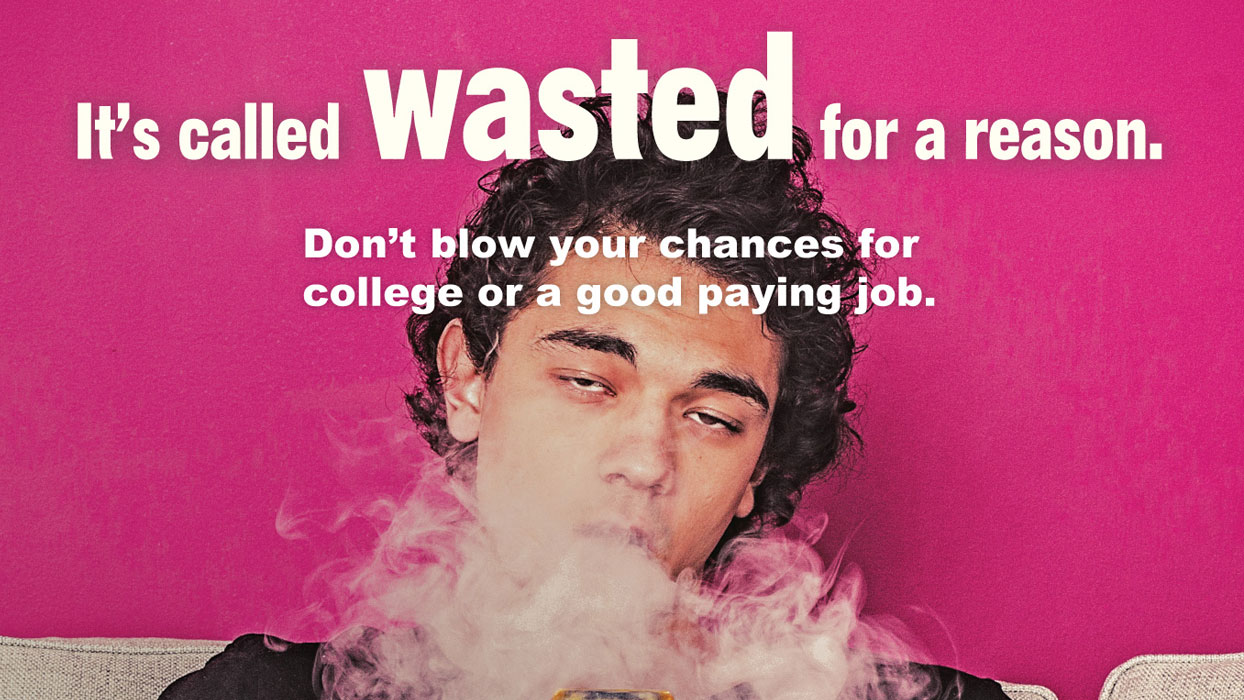 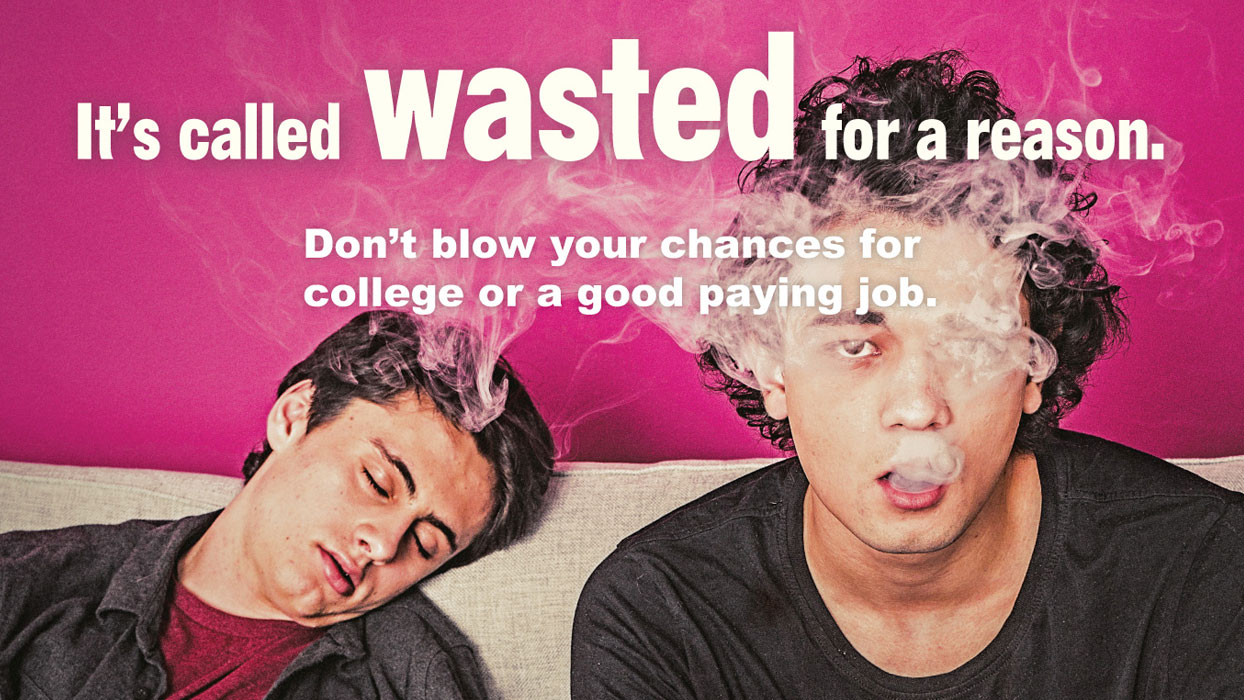 Can lower your IQ, ruin your grades and land you in a lower-paying job

Why focus on teens?

New research suggests that because the teen brain is still developing, smoking too much weed can change the structure of it - potentially causing permanent damage. Just because social norms are changing and marijuana is now legal in California, doesn't mean that it's suddenly safe for teens to use it.

This campaign provides some basic information about weed, along with tips and tools to help you make the best decisions for your future.

How Does Weed Affect the Brain?

Weed use that begins as a teenager can lead to a drop of up to 8 IQ points. The younger you are when you begin smoking weed, the greater your IQ plummets. Memory loss, cognition, and decision-making are also impacted. We all know weed isn't deadly. But the decisions you make as a teenager will follow you into adulthood, and will impact your quality of life.

Here’s how science says that happens:

The main chemical in weed that affects the brain is delta-9-tetrahydrocannabinol (THC). When weed is smoked, THC quickly passes from the lungs into the bloodstream, which carries it to organs throughout the body, including the brain. As it enters the brain, THC attaches to cells, or neurons, with specific kinds of receptors called cannabinoid receptors. Normally, these receptors are activated by chemicals that occur naturally in the body. They are part of a communication network in the brain called the endocannabinoid system. This system is important in normal brain development and function.

The functions that these brain areas control are the ones most affected by weed:

What Are the Health Effects of Weed?

Within a few minutes after inhaling, a person’s heart rate speeds up, the bronchial passages (the pipes that let air in and out of your lungs) relax and become enlarged, and blood vessels in the eyes expand, making the eyes look red. While these and other effects seem harmless, they can take a toll on the body.

What Are The Effects On School and Social Life of Weed?

The effects of weed on the brain and body can have a serious impact on a person’s life.

Can You Get Addicted to Weed?

Yes, weed is addictive. A user may feel the urge to smoke weed again and again to re-create the “high.” Repeated use could lead to addiction—which means the person has trouble controlling their drug use and often cannot stop even though they want to.

About 1 in 6 teens who use it every day become addicted to weed. What causes one person to become addicted to weed and another not to depends on many factors—including their family history (genetics), the age they start using, whether they also use other drugs, their family and friend relationships, and whether they take part in positive activities like school or sports (environment).

People who use weed may also feel withdrawal when they stop using the drug. Withdrawal symptoms may include:

These effects can last for several days to a few weeks after drug use is stopped. Relapse (returning to the drug after you’ve quit) is common during this period because people also crave the drug to relieve these symptoms.

Can You Die If You Use Weed?

No. There is no evidence of overdose deaths from weed use. However, people can and do injure themselves and die because of weed's effects on judgment, perception, and coordination, for example, when driving under the influence of the drug.

What Should I Do If Someone I Know Needs Help?

If you or a friend are in crisis and need to speak with someone now, please call:

National Suicide Prevention Lifeline at 1-800-273-TALK (they don't just talk about suicide—they cover a lot of issues and will help put you in touch with someone close by).

If you need information on treatment and where you can find it, you can call:

Parenting can be the most rewarding job on earth—and sometimes the toughest. The years quickly fly by—and suddenly, your youngster is about to enter school and with that, comes the challenge of showing them how to best navigate the stresses of everyday life.

When it comes to the topic of drug use, many parents put off having the necessary conversations with their teens (who also may not be receptive to their parent’s messages).

Here are a few resources we recommend for information and tips for parents:

To help parents, the Drug Enforcement Agency and Department of Education created a comprehensive guide for parents which offers tips and guidance on addressing drug use with your children.

Created by the National Institute on Drug Abuse (NIDA) this short booklets for parents reviews the scientific facts about marijuana: